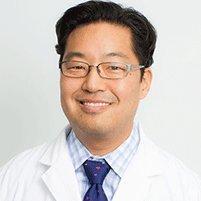 As an orthopedic specialist and surgeon, Dr. Anthony Ahn is a practical choice for any Manhattan Beach, Torrance, Palos Verdes, and South Bay patient in need of ligament reconstruction of the wrist and elbow. Dr. Ahn did his orthopedic surgery residency at the Hospital for Joint Disease in New York City. He took, an additional year of fellowship training in upper extremity surgery at the Tuft/New England Baptist Hospital, as well. Both make him distinctly qualified for ligament reconstruction.

Ligament Reconstruction of Wrist and Elbow Service Q & A

What is a ligament?

A ligament is fibrous tissue that connects bones together. In the elbow, there are three ligaments. The ulnar-collateral ligament runs along the inside of the joint, the lateral collateral ligament covers the outside and the annular ligament connects the top of the radius to the humerus. The wrist consists of a number of tiny bones, all connected together by ligaments.

When a ligament suffers an injury, either due to repeated use or trauma, the way the bones move together changes. This can create new injuries and other problems with the affected joint.

How is ligament reconstruction done?

The procedure depends on the location of the ligament and the amount of damage to it. Wrist and elbow ligament reconstruction can consist of a single repair to reattached the tissue or require grafting from a host area to replace the damaged connection.

One common procedure that athletes face is UCL reconstruction. The Ulnar collateral ligament is a fan shaped piece of tissue that stabilizes the elbow joint. The surgeon will remove a tendon from another area of the body and use it to replace a damaged UCL.

We accept all PPO insurance plans. If you have any questions, please contact our office.

Words from our patients